The interest among exhibitors for the new MedtecLIVE with T4M from
3-5 May in Stuttgart is so high that the event has to move to the new hall 10 three months before the trade fair starts.

© Landesmesse Stuttgart
The interest among exhibitors for the new MedtecLIVE with T4M from 3-5 May in Stuttgart is so high that the event has to move three months before the trade fair starts. Instead of Hall 9 at the Landesmesse Stuttgart as originally planned, the trade fair will be held in the new Hall 10. "In the newest hall in Stuttgart, we have around 40 per cent more space available for our customers. And the demand for stand space remains high," says Christopher Boss, Executive Director MedtecLIVE at NürnbergMesse.

For months, the rush of interested exhibitors has been great: "Every day, new exhibitors join, or companies want to increase their already booked booths. We can now serve this demand in the new Paul Horn Hall," says Boss. This momentum also shows that many companies along the entire value chain of medical technology are longing to speak to customers and interested parties in person again. "We currently expect to be able to fill the additional space quickly," says Boss.

Many companies are participating in large joint stands of important European clusters and associations. In addition to the VDMA and VDWF trade associations, the cluster initiatives Swiss Medtech, Medical Mountains from Tuttlingen and Bayern Innovativ will be at the start with large joint presentations. The cluster initiatives from the Netherlands, France and
Saitama City in Japan, which traditionally have a strong presence at MedtecLIVE, will also be back in Stuttgart in May.

Those who still want to secure a stand position quickly can take their first step online. 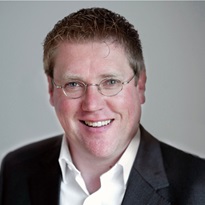 The merger of the MedtecLIVE and T4M trade fairs celebrated its successful premiere in Stuttgart ...

Plenty of space for innovations, ideas, impulses and personal exchange: MedtecLIVE with T4M takes place in Stuttgart for the first time

In medical technology, many individual steps are required to turn a piece of metal into a complex...

MedtecLIVE with T4M - more than just a trade fair

MedtecLIVE with T4M brings together the European medical technology scene for networking and disc...

MedtecLIVE with T4M: Medtech sector launches into spring event for 2022 with determination

Preparations for the first MedtecLIVE with T4M, to be held in Stuttgart from 3 to 5 May 2022, are...